Maiduguri, the capital of Borno state, is under fresh attack by suspected Boko Haram sect insurgents. 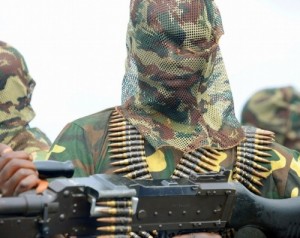 In early hours of Monday, at about 3 a.m., unidentified terrorists conducted a siege on the Composite Group Air force Base in Maiduguri, the Borno state capital. There were reports of sporadic shooting and sounds of rocket propelled launchers firing, with airstrikes in Maiduguri and Jere metropolis up until 8 in the morning.

Over 300 suspected terrorists planted explosives in targeted areas in the state capital.

Also attacked are the newly constructed trailer parks along Damaturu-Maiduguri road, military checkpoints, along with other residential and public buildings.

According to an eyewitnesses’, who is a resident at Gomari airport area, account, five military operational vehicles conveying dead bodies were seen on their way to the hospital at about 6am.

Army spokesman Ibrahim Attahiruon confirmed the attacks, saying the city’s airport has been affected, but could not provide further details.

Following the development, authorities in Borno have imposed a 24-hour curfew on Maiduguri metropolis.

Addressing the press, Alhaji Ahmed Jidda, the Secretary to the State Government, said the curfew was imposed in consultation with the 7 Division of the Nigerian Army in Maiduguri.

“During the period of curfew, government pleads with all citizens to remain calm.

“Only vehicles on emergency calls and essential services are allowed to move while the curfew will be lifted as soon as situation improves.

“The imposition of the curfew is necessitated by an attack in Maiduguri by people suspected to be Boko Haram members in the early hours of today.”