he emir of Ilorin, Alhaji Ibrahim Sulu-Gambari has narrated how he prevented a Yoruba/Fulani ethnic conflict that he said could have thrown the country into a major crisis about two months ago. 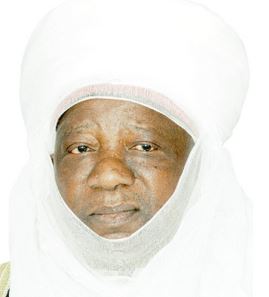 The monarch made the revelation yesterday at the annual national conference of the Ilorin Emirate Descendants Progressive Union (IEDPU), at Fufu in Ilorin South local government area.

Sulu-Gambari said the conflict would have started in his domain before it was averted. He disclosed that a clash between the Yoruba people and the Fulani herdsmen in Alapa area in Asa local government in the Ilorin Emirate would have triggered off a war, if not for his intervention.

The emir said that some people alleged that after the death of a Yoruba man in a clash between a Fulani and Yoruba man, members of the Oodua People’s Congress (OPC) were mobilised to attack the Fulani people in the area the following day.

He added that it was further alleged that after OPC members had killed many of the Fulani herdsmen, their wives and children, they carried away their cattle and disposed of them in Ibadan.

The monarch disclosed that this allegation made a group of militants from the far north of the country to mobilise themselves and prepare to come to Ilorin to avenge the killing of their Fulani kinsmen.

He said that when he heard of this plan, he quickly intervened by explaining to the people that the progenitor of the head of Ilorin Emirate was from the Sokoto Sultanate and that both the Fulani and Yoruba people in the emirate were one people, cohabiting without discrimination.

Sulu-Gambari disclosed that what he said discouraged the people from going ahead with their vengeance mission and thanked God that his intervention worked, saying that the reprisal attack would have aggravated the security problems of the country.

He said that the Fulani herdsmen left who were displaced after their huts were burnt during the conflict had been relocated to a camp. He said that along with assistance the Kwara State government had rendered to the camp, he had donated N1million for their feeding.

The monarch, who described Kwara State as the gateway between the North and South-west of the country said that if Ilorin the state capital, or the state as a whole were to be engulfed in violence, the whole country would be in trouble.

He called on the people of his Ilorin community to discourage violence by not discriminating against one another based on ethnicity; saying that they had all came from elsewhere to live in the community and had long become brothers and sisters.

The emir commended the leadership of the IEDPU for the achievements recorded within its tenure, under the presidency of Saka Yusuf.