A 22-year-old man reportedly killed his mother with a knife and yanked her intestines out because she “ruined his life.” 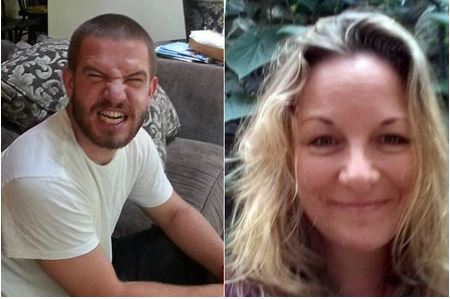 The tragedy happened on Thursday. Local Police responded to a home at 131 Rattling Valley Road around 1 p.m. after receiving a 911 call from the victim’s ex-husband.

Robert Owen Rankin, the victim’s 22-year-old son, was arrested and charged with murder.

A 45-year-old victim was identified as Margaret Rohner. Reportedly Rankin confessed the crime to his father and then to the first state police trooper who arrived at the site.

The man narrated his story in details, sauing he woke up in the morning with a plan to snap his mother’s neck to kill her, but when that didn’t work, he stabbed her in the neck with a fire poker, according to the police report.

When the man realized she was still alive, he took off his clothes to “gain additional strength,” in his words.

Then he took a buck knife to stab his mother in the belly button, the court documents show. Rankin told the police he was looking for a baby but couldn’t find one in her stomach.

He told investigators he cleaned up, took a shower and decided to take his dog for a walk. It was then that he saw his father and allegedly admitted to the crime.

“I just want you to know that she put up a damn good fight. She is a strong woman. I give her credit for that,” he told his father, according to court documents.

Rankin’s attorney, Dennis McMahon, said Rankin appears to have a long history of severe psychiatric issues. Rankin was held on $1 million bond and put on a suicide watch.