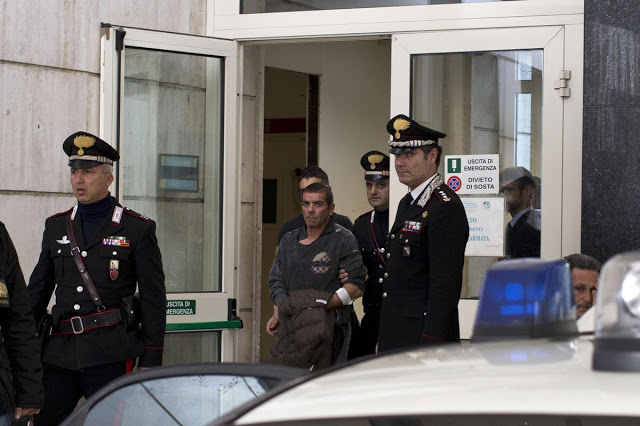 The man who went on a shooting spree outside the Italian government headquarters in April, as Prime Minister Enrico Letta’s new cabinet was being sworn in, was not mentally ill and is fit for trial, a psychiatrist has said. Luigi Preiti shot and injured two police officers outside Palazzo Chigi in Rome on April 28th and reportedly begged police officers to kill him afterwards, prompting speculation that he was mentally ill. Read HERE to get the full gist.

Although a medical report released on Sunday claimed he was in control of his actions. A psychiatrist, Dr Pietro Rocchini, said in his assessment, “At the time he showed a mild depressive disorder…of an intensity not significant enough to affect his capacity to understand and decide,”
Rocchini said that Preiti’s shooting spree was motivated by an “aggressive search” for public recognition, rather than being a suicidal act.

The unemployed Preiti had an “immature desire to transform himself into a sort of heroic avenger” based on his strong sense of revenge against national institutions and politicians, Rocchini said.

Rather than a victim of mental illness or a man suffering from Italy’s economic woes, the psychiatrist paints a picture of an “immature and egocentric” man, with “a very low capacity to empathize with the victims”.

Preiti has been in prison since the shooting and in May stopped taking anti-depressants, Corriere said.