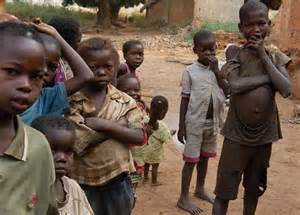 An official with the United Nations Children’s Fund (UNICEF) confirmed to Al Jazeera on Saturday that “more children are being targeted and killed” as concerns over civilian casualties escalate in violence that has not ceased since a coup in March 2013.

The latest remarks follow a UNICEF statement on December 30 that described attacks against children as having “sunk to a new low”, including cases of beheading and mutilation.

Some children are victims of stray bullets and shell fragments… Some were wounded ‘by chance’, but here we also have children who were shot because they are Muslims

“Attacks against children have sunk to a vicious new low, with at least two children beheaded, and one of them mutilated, in the violence that has gripped the capital…,” the UN Children’s Fund (UNICEF) said in their December 30 statement.

Ombretta Pasotti, who coordinates work by the Italian NGO Emergency at the paediatric hospital in Bangui, confirmed to the AFP news agency on Saturday: “Before now, children were collateral victims, but today some of them are targeted directly.”

“Some children are victims of stray bullets and shell fragments… Some were wounded ‘by chance’, but here we also have children who were shot because they are Muslims,” Pasotti said.

UNICEF said it had verified 16 killings of children since December 5, while 60 more youths were wounded in clashes that broke out between Muslim former rebels and fighters from the Christian majority.

UNICEF appealed to sectarian fighters to “halt grave violations against children”, to release those in their ranks and to avoid attacks on health and education workers.

On Friday the UN refugee agency (UNHCR) said the fighting has uprooted nearly a million people, a fifth of the country’s population.

In just three weeks, some 370,000 people have been displaced to dozens of makeshift camps in an upheaval affecting almost half of Bangui’s population, relief workers said.

About 100,000 residents have fled to a tent city at the airport, where African and French troops are based.

The landlocked nation of 4.6 million people has endured a succession of coups, rebellions and mutinies since independence from France in 1960, but the latest strife is the first to take on a dangerous religious dimension, after rebels of the mainly Muslim Seleka coalition seized power in March last year.