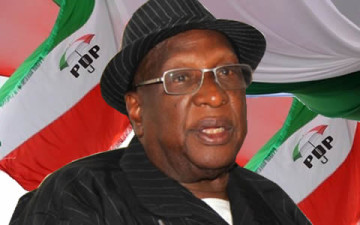 The Peoples Democratic Party National Chairman, Alhaji Bamanga Tukur, has maintained that the defection of some of its members to the opposition party is normal in a democracy.

He stated this on Thursday in Abuja in reaction to the defection of 27 PDP members of Sokoto State House of Assembly to the opposition All Progressives Congress.

Tukur, who spoke after inaugurating a 14-member caretaker committee for the party’s Kwara State chapter, said the development would not affect the party in anyway.

“If 27 have left, many would come in, that is the beauty of democracy. This is democracy in action where freedom of choice is entrenched”, he said.

He said the inauguration of the PDP Kwara care taker committee was the beginning of the process aimed at ensuring a foundation which the party had always advocated.

Tukur maintained that the PDP stands for democracy not dictatorship.

He tasked the committee members to ensure that they got the mandate of the electorate for the party in 2015.

He, however, expressed the hope that 2014 would be a year of peace, unity and prosperity for the party and Nigerians generally.

Tukur further charged the newly inaugurated committee to manage the party affairs in Kwara State by ensuring that its supremacy was maintained in the state ahead of the 2015 general elections.

Chairman of the committee, Mr. Solomon Edoja, assured the people that the committee would work for the success of the party in the state in 2015 and beyond.