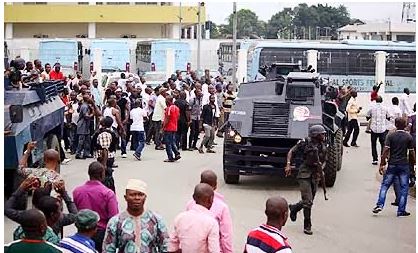 A High Court in Ahoada East LGA of Rivers State was bombed this morning Monday January 6th, according to reports from the state.

The Will Nigeria reports

Justice Wali had about a month ago ordered Bipi to stop parading himself as Speaker of the House as the tussle over control of the state government between loyalists of the Presidency and the Rivers Governor, Mr. Rotimi Amaechi, lingers with an end in sight. No casualties have been reported over the bombing as at the time of filing this report.