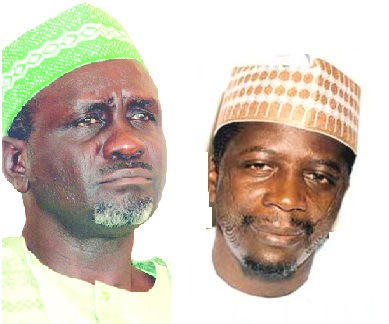 A former governor of Lagos State and national leader of the All Progressives Congress, APC, Asiwaju Bola Tinubu, said on Wednesday that it was the right of any individual to defect from the APC or join its fold, adding that people cannot be forced to belong to a particular political party.

Tinubu was speaking to journalists on the backdrop of the recent defections of the former governors of Sokoto and Kano States – Attahiru Bafarawa and Ibrahim Shekarau respectively – from APC to Peoples Democratic Party, PDP.

The former governors had early last week defected to the ruling PDP, while former Vice-President Atiku Abubakar left in the opposite direction.

Tinubu, who was in Ikeja to register officially as a member of the APC in his ward, said: “Anyone can defect from a party if its doctrine is no longer acceptable to him.

“We cannot shackle them. We lost some members and we have also gained many”.

On Atiku’s defection, Tinubu said the APC was an all-embracing party and could not stop anyone from joining its fold.

“Atiku is my friend and brother. We had our disagreements but it is wrong to allow personal disagreements to becloud one’s sense of judgement.

“If you realise that you have taken a wrong step, you can reverse. There is no prejudice against his returning.

“Atiku has learnt from history and he is back”.

According to the former Lagos governor, in judging a man, there is the need to take a look at his antecedents.

“Although Atiku was to be picked as running mate to late Chief MKO Abiola under the SDP, he was later dropped but he did not did leave.

“He stayed to work to make sure Abiola won. You cannot erase that part of his behaviour as you evaluate the present”, Tinubu said.