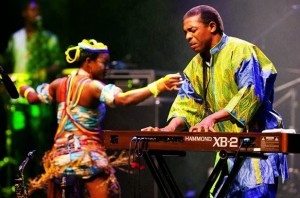 He may have said he was not upset about losing out at this year’s Grammys. However he opened up in detail to Encomium on why he didn’t win.

“It is understandable because if you listen to the album, No Place For My Dream, you will realize it is worth the award. The album deserved to win but I know what it takes to win. Grammy is very political, the voting process is complex. There was an argument last award where it was said some people were robbed. The person who won the Best WorldMusic Album had to apologise later that, he is not supposed to win. A lot of voting are involved and if you play the political game very well you would win. From Lagos here, I don’t have the means to play that political game. I have no intention to play along. My record company doesn’t have the financial muscle to play the game, to put your album in every radio station in America, to make sure everybody who wants to vote listens to that album”