Home News Feed Peter Okoye: “As a celebrity, you have to walk with a beautiful...
Facebook
Twitter
WhatsApp 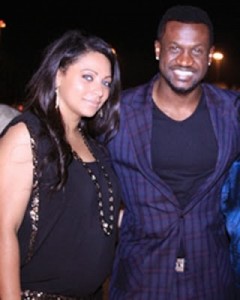 In a recent interview, Peter Okoye had this to say about women and celebrities: “Based on my relationship, people tend to think I like women who are light-skinned or half cast. What every man wants at the end of the day is a woman with good character. She must be beautiful too because as a celebrity, you have to walk with a beautiful woman.” When asked if they (Psquare) would ever go solo, Peter took time to explain their income sharing formula, which is usually the most common reason for band breakups.

“We are happy and we share 50-50 of everything. If we do an album now and I am responsible for all the jobs, Paul would still get his 50 per cent.

Sometimes, I would write a song and sing the first verse. Paul’s voice may not be good for that second verse but you won’t be able to tell the difference. The only person who may push us to go solo is our mother and that is not going to be possible.” he quipped.