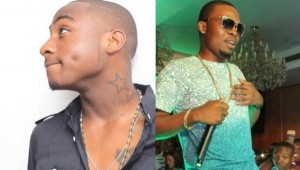 The ‘double wahala’ crooner, Oritsafemi Majemite Ekele, aka ‘The Music Taliban’ whose current hit single is making waves, has become one of the most sought-after afro-hip hop conscious music artistes.

In a recent interview, Oritsafemi spoke on the Nigerian music industry and those behind its success. In his remark, he described Davido and Olamide as a strong part to the effective change in the industry, especially with their Yoruba language input in their songs.

He also appreciated the bigger music influences in his life such as Fela Anikulapo-Kuti who happens to be his number one mentor had a large toll in his music career.

Oritsefemi is presently working on some international tours, which starts in March. He will tour more than 13 European countries and five Asian countries.