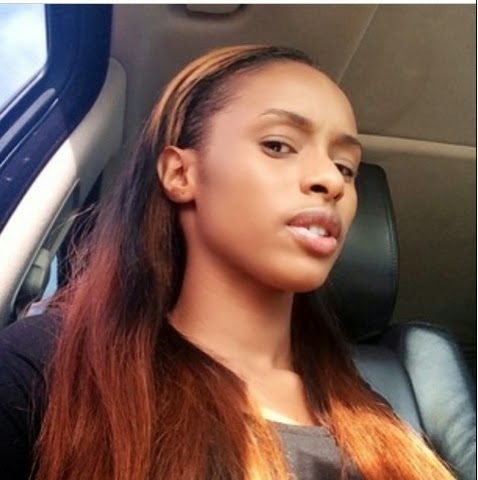 I told you no makeup photos are back. Nicki Coppola, a video vixen who became more famous after her Brazilian hair drama with another video vixen, Venita has shared her no makeup photo. Remember Venita accused her of borrowing her Brazilian hair and openly called her out online to return her hair or face more disgrace. Nicki also replied Venita and few of her other friends joined her and a lot more were spilled. Even Tonto Dikeh stylishly got in.
Whats your take about  the pic ????