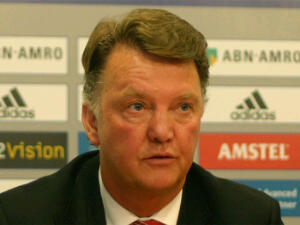 A 2-year deal, with an option of a third year, and a whooping salary of £7 Million was completed according to reports early Wednesday.

van Gaal has been entrusted with the arduous task to ameliorate the former manager David Moyes damages at the club.

He ( van Gaal ) guided Holland to a mouth-watering final in the Fifa World Cup 2010 in his CV, but lost to a sublime Iniesta finish.