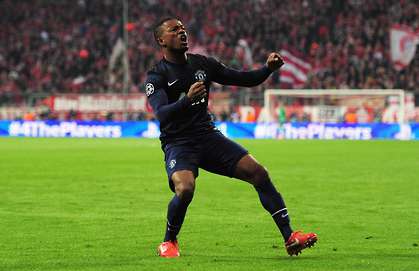 Manchester United defender Patrice Evra is nearing an exit from Old Trafford, after undergoing a medical at Juventus on Friday ahead of a move to the Serie A champions according to reports in Italy.

The 33-year-old was reportedly in Turin two days ago, discussing details of his contract and also underwent a medical with the Italian giants, ahead of the
proposed move.

The Frenchman is out of contract this summer, and is free to talk to other teams with his departure from Manchester United appearing imminent.
Evra looks set to follow Nemanja Vidic and Rio Ferdinand in leaving the Red Devils, bringing and end to a fantastic few years as part of a successful Man United defence.

In signing for Juventus, the left-back would dismiss the option of following Vidic to Milan and join him at Inter, however it is believed Evra may be waiting to sign any contract until United appoint a their new manager, and could even be persuaded to stay.

Louis Van Gaal is favourite to land the vacant spot at Old Trafford, and it’s thought Evra has no place in the Dutchman’s plans with England youngster Luke Shaw tipped to be his successor.(GMS)