A group of foreign military experts, including one of the top U.S. Generals, David Rodriguez, have arrived to Nigeria as a part of assistance programme in search and rescue of kidnapped GGSS Chibok schoolgirls. 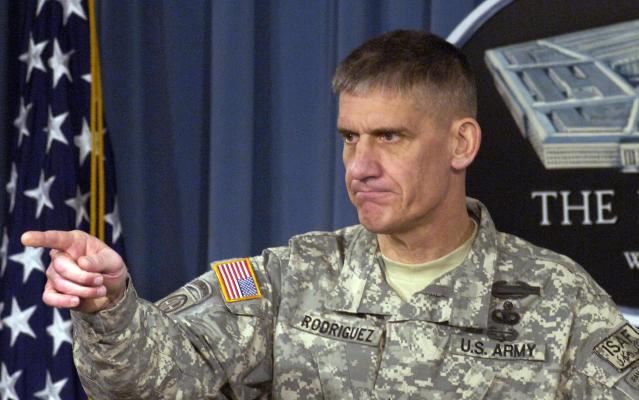 An unnamed military source of LEADERSHIP in Abuja revealed this information on May 12, 2014, Monday.

The decision to send a team of defence and security experts to Nigeria was made during the talk between the U.S. Secretary of the State, John Kerry, and President Goodluck Jonathan on May 6, 2014.

The total number of U.S. experts working in Nigeria is about 30 people. The practical side of U.S. aid may include aerial support in form of deployment of drones. General Rodriguez may play an important coordinating role in it.

The general became the third commander of US Africa Command (USAFRICOM) in Stuttgart, Germany, on April 5, 2013. The US Africa Command is one of six unified geographic combatant commands within the Department of Defence unified command structure.