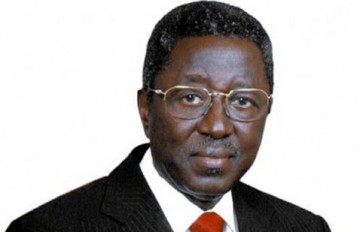 The Special Adviser to Plateau Governor on Special Duties, Yakubu Jang, has accused members of the State House of Assembly of “gross abuse of legislative powers”.

Mr. Jang, who was reacting to the lawmakers’ resolve to investigate Governor Jonah Jang and his aides, following a petition that accused them of financial impropriety, said that it is “unconstitutional” for the house to initiate investigations over a petition whose authors were “faceless”.

“The law is clear on this issue. The writers are a faceless group that goes by the name ‘Plateau Patriotic Front’. The group has no address and cannot be reached”, Mr. Jang said on Wednesday.

“The petition is signed by one Felix Obadiah, but the phone number he gave is fake. It has 10 digits – 0805818229 – and that clearly shows that it is a non-existent group that should not be taken seriously.

“By law, the House cannot deliberate on a matter relating to my conduct without a resolution of the House published in its journal in the official gazette of the state government”, he added.

The Special Adviser said he wonders why such groups should be taken seriously, and opined that similar groups could emerge to distract government from its focus if they were to encouraged to so, by the law makers.

The petitioners, on May 15, 2014, accused the lawmakers of looking the other way while Governor Jang and his aides were siphoning state resources.

The petition also raised many questions over the management of the SURE-P funds accruable to the state, and also alleged illegal deductions from local government council funds.

It specifically accused Mr. Jang, the governor’s aide, of illegally operating a bank account for the salaries of civil servants along with Pamson Dagyat, the state’s statistician.

“In this account, he (Yakubu), decides when salaries are to be paid; he makes his money when he chooses to punish government workers by simply withholding salaries to allow interest to accrue to him”, the petition read.

But Mr. Jang, while reacting to the specific issues, dismissed them as “utter rubbish’’.

“The allegations are very ridiculous; They alleged, for instance, that N50 billion SURE-P money has been mismanaged in a state whose total SURE-P allocations to date is less than N5 billion. Their claims are just funny”, he pointed out.

“I am not afraid of being investigated; we run an open system here and cannot be afraid of any investigation.

“The way the governor runs this state, it is impossible for those things to happen. Governor Jonah Jang runs very tight checks on government expenditure that will not allow such wild things to happen.

“We are open for checks, scrutiny and investigation any time any day.

“But what we want is that the right must be done so that we don’t open our flanks to people just out to cause mischief, impugn people’s character and distract government officials from concentrating on service delivery”, he said.