Tragedy struck at Ijanikin end of the Lagos Badagry Expressway on Thursday, 10 July, 2014, when a commuter bus crushed three children to death while on their way to school.

PUNCH reports that there were protests and obstruction of human and vehicular movement in the area as a result of the tragic incident that happened close to the Adeniran Ogunsanya College of Education in Lagos, western Nigeria about 8am in the morning.

It was gathered from eyewitnesses that the schoolchildren were knocked down while attempting to crossa the dual Lagos Badagry Expressway.

According to one of the witnesses account, a good samaritan was assisting some schoolchildren to cross the busy road when an impatient driver, who refused to stop when he was begged to stop for the kids to cross, ran over three of the schoolchildren, killing them on the spot.

It was gathered that all the passengers in the bus, including the bus conductor took to their heels as soon as the incident happened, but the driver was apprehended as he attempted to escape. 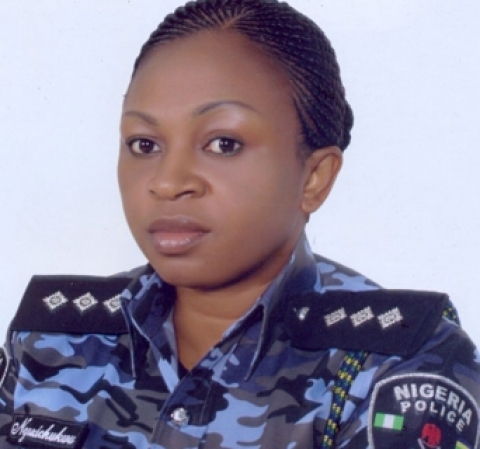 The commuter bus was reported to be set ablaze by enraged people in the area.

A shop owner in the area, who identified herself simply as Regina, told newsmen that: “This road is usually busy during the morning hours and the children were running late to school. They had waited for minutes to cross the road until a good samaritan decided to help.

“They had crossed the first lane before the incident occurred. The driver was signaled to stop, but he tried to swerve in a bid to avoid the children, who were already in the middle of the road, and I think he lost control of the vehicle and crushed the innocent schoolchildren.”

Through another source it was informed that the bodies of the schoolchildren had been deposited at the Badagry General Hospital morgue.

The source stated that some security operatives from the Nigerian police came to the area to disperse the crowd that gathered at the scene of the incident and also evacuated the bodies of the schoolchildren. 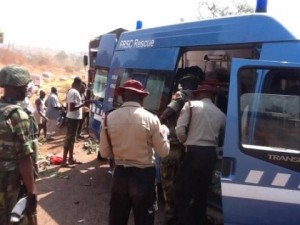 “The security men had to shoot into the air to disperse the crowd that gathered. The atmosphere at the time was becoming tense as some of the relative of the deceased schoolchildren were seen weeping uncontrollably,” the source said.

Attempt to reach the Police Public Relations Officer, Lagos State Command, Ngozi Braide, to confirm the incident was unsuccessful as her phone lines were said to be switched off.