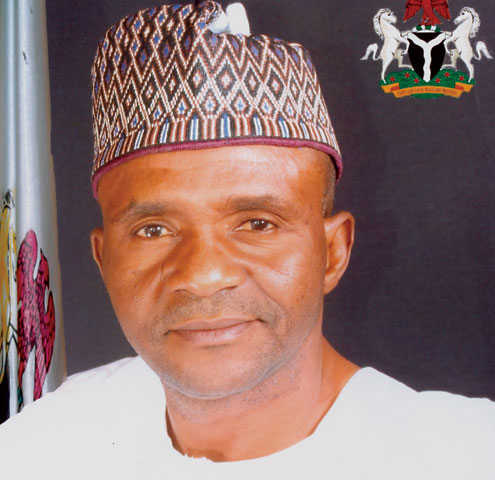 Speaker of the Taraba State House of Assembly, Josiah Sabo Kente, yesterday commended recuperating Governor Danbaba Danfulani Suntai for laying a solid foundation for the very cordial and symbiotic relationship existing between the legislature and the executive arm of government in the state.

He also prayed for the governor to recover fully.

Kente spoke during plenary on Monday.

He said:  “It is said, give honour to whom honour is due; I wish to commend and appreciate Governor Danbaba Danfulani Suntai for having laid a solid foundation for a very cordial, harmonious, respectful and symbiotic relationship between the legislature and the executive in the state since the beginning of the Seventh Assembly in June 2011.

“Your Excellency (Suntai), we are still on our knees praying for your recovery so as to resume your duties”.

Kente also lauded the Acting Governor, Alhaji Garba Umar, “for continuing in the same manner as his principal”.

But the speaker’s commendation has attracted knocks from Suntai’s political associates, who described his commendations as “rhetoric” in light of the shabby way the Assembly treated the governor when he returned to the state to resume office.

One of them said: “If Suntai has done that well, by laying a solid foundation for a very cordial, harmonious, respectful and symbiotic relationship between the legislature and the executive in the state, as described by Mr. Speaker, why couldn’t the legislators justify that by allowing him (Suntai) take over his seat when he returned from medical trip last year, after treating the injuries he sustained when his plane crashed in 2012?

“The legislators behaved to Suntai as a governor who hated them. They asked his deputy to rule the state and made him to idle in the state House. Today, he (Speaker) is saying Suntai had built a respectful and cordial relationship between them, how do we understand and what does this stand to mean?”