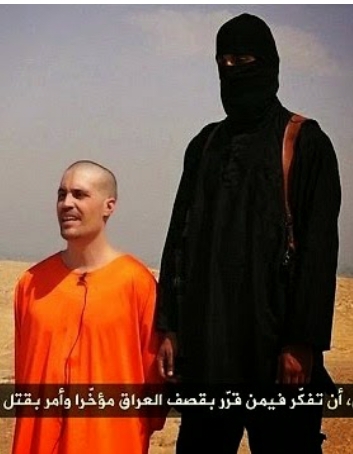 Islamic State insurgents released a video yesterday Tuesday August 19th purportedly showing the beheading of U.S. journalist James Foley (pictured above), who had gone missing in Syria nearly two years ago, and images of another U.S. journalist whose life they said depended on U.S. action in Iraq. 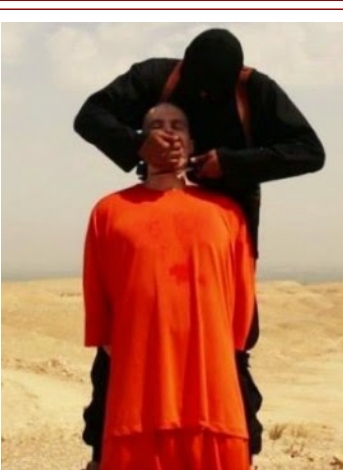 The video, titled “A Message To America,” was posted on social media sites. It was not immediately possible to verify its authenticity.

Foley, who has reported in the Middle East for five years, was kidnapped on Nov. 22, 2012, by unidentified gunmen. Steven Sotloff, who appeared at the end of the video, went missing in northern Syria while he was reporting in July 2013. Continue… 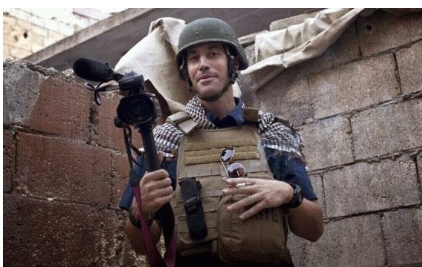 A Twitter account set up by his family to help find him said early on Wednesday: “We know that many of you are looking for confirmation or answers. Please be patient until we all have more information, and keep the Foleys in your thoughts and prayers.”

The White House said that U.S. intelligence agents were working to verify the authenticity of a video.
The Islamic State had not previously executed American citizens publicly. The video was posted after the United States resumed air strikes in Iraq for the first time since the end of the U.S. occupation in 2011.

The Sunni militant group has declared a caliphate in parts of Iraq and Syria in areas it controls.
The video opened with a clip of U.S. President Barack Obama saying he had authorized strikes in Iraq.

A person identified as James Foley and wearing an orange outfit is seen kneeling in the desert as a man in black dress with a black mask stands beside him, holding a knife.

“I call on my friends family and loved ones to rise up against my real killers, the U.S. government, for what will happen to me is only a result of their complacency and criminality,” the kneeling man says.

The man in the mask speaks in a British accent and says: “This is James Wright Foley, an American citizen, of your country. As a government, you have been at the forefront of the aggression towards the Islamic State.”

“Today your military air force is attacking us daily in Iraq. Your strikes have caused casualties amongst Muslims. You are no longer fighting an insurgency. We are an Islamic army, and a state that has been accepted by a large number of Muslims worldwide.”

Following his statement he beheads the kneeling man.

At the end of the video, words on the side of the screen say “Steven Joel Sotloff” as another prisoner in an orange jumpsuit is shown on screen.

“The life of this American citizen, Obama, depends on your next decision,” the masked man says.

Foley, a freelance reporter, had been covering Syria’s civil war for GlobalPost. In 2011, he was held for 45 days by forces loyal to former Libyan leader Muammar Gadaafi.

Sotloff is also a freelancer journalist with published stories in Time Magazine and Foreign Policy. He has worked in Syria, Libya and Yemen.

White House spokeswoman Caitlin Hayden said: “We have seen a video that purports to be the murder of U.S. citizen James Foley by ISIL. The intelligence community is working as quickly as possible to determine its authenticity.
“If genuine, we are appalled by the brutal murder of an innocent American journalist and we express our deepest condolences to his family and friends.”

Islamic State also released another video on Tuesday that gave the strongest indication yet it might attempt to strike American targets.

The video with the theme “breaking of the American cross” boasts Islamic State will emerge victorious over “crusader” America.

It follows a video posted on Monday, warning of attacks on American targets if Washington struck against its fighters in Iraq and Syria.