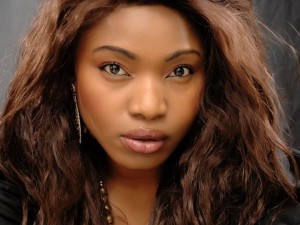 Multiple-award winning actress, Halima Abubakar, well known for flossing her cakes all over Instagram has disclosed the basic reason why she’s still single and not searching.

The actress recently had a chat with Encomium magazine and when asked when she’ll settle down, Ms Abubakar retorted:

Will I ask a man to marry me? Is it not when you see the man that you want to settle down with that you can decide to marry? You can’t just settle down with anybody because you need to marry. I don’t want to go into marriage and rush out of it. There is a lot of mistrust and we also have so many irresponsible men so to speak.

There are lots and lots of liars among men out there. And if they meet a girl that really loves them, they won’t know because they are used to lying.

So, they think any they meet is also a lair like them. Or if you omit one magnificent information about yourself, if they now get to know later in a negative way from another person, it’s another mistrust. The day you even say the truth and nothing but absolute truth, they won’t believe you omitted something before it came out, and it’s not like it’s a dangerous thing. But just because you forgot to include the information when you’re chatting with them, it will now become a big problem. A sort of mistrust will develop from there. And when a man is monitoring you, definitely, there is no trust in that relationship, and nobody will want to be in a marriage where there is no trust.

The relationship would just work only when the partners trust each other. We just pray we meet the right person. I mean, all of us who are yet to marry. You may meet someone you so much love and he is not convinced you love him because you’re an actress. And now, because you’re an actress, you’re not responsible. And I keep saying, does it mean because you’re who you are you’re not responsible? Or you think every girl on the street will behave the same way like the other person? I don’t know. There are so much hypocrites in relationships. There are too many people that like to give fake information. And it’s unfortunate that some of us have seen people who tried as much as they could to ruin other people’s relationships. But the truth is when a man loves you, he loves you. A man who is ready to quit because of one rumour or the other is never in love with you. So, you can’t force love. How long can you do that? I mean, especially if you are a loyal woman because I know a lot of women who are responsible, who are faithful to their partners, they are faithful and I keep saying is it because you’re not faithful? Is it because you as a man is a liar? I just think you don’t suspect somebody to be unfaithful if you’re not. That’s not life.