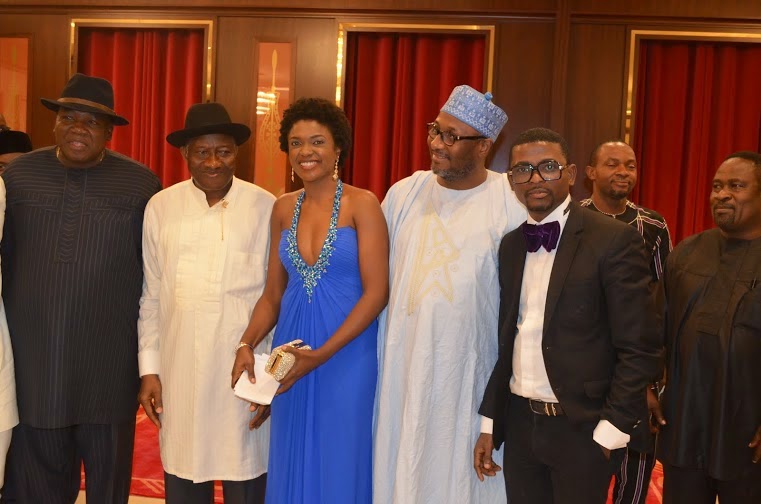 Actress Omoni Oboli stunned her fans and critics alike with her cleavage baring outfit to the private screening of her movie, Being Mrs Elliot at the Aso Rock villa with President Jonathan, VP Sambo and some other top government officials.
While the movie must have been a great one to have had the presence of the the President and others, Omoni’s dress was all people could rave about! And the major reasons being that Omoni is not accustomed to dressing this way and the dress would have been more appropriate for an award ceremony but not a meeting with government dignitaries….
In a chat with Punch, she had this to say about her ‘dress’:
I styled myself and I thought the outfit was appropriate because there were no vital parts showing. Sometimes the angles with which pictures are taken can portray certain things you do not have intention of portraying. We have pictures from the event and you won’t see what people are seeing.The truth is that a lot of people are very bitter and when people are bitter they try to look for a lot of negative things in every positive thing. It is unfortunate that we are in the limelight because if someone else wears that outfit no one will say anything. I don’t even read blogs and see the comments. My true fans know who I am and my intention when I am doing things.” 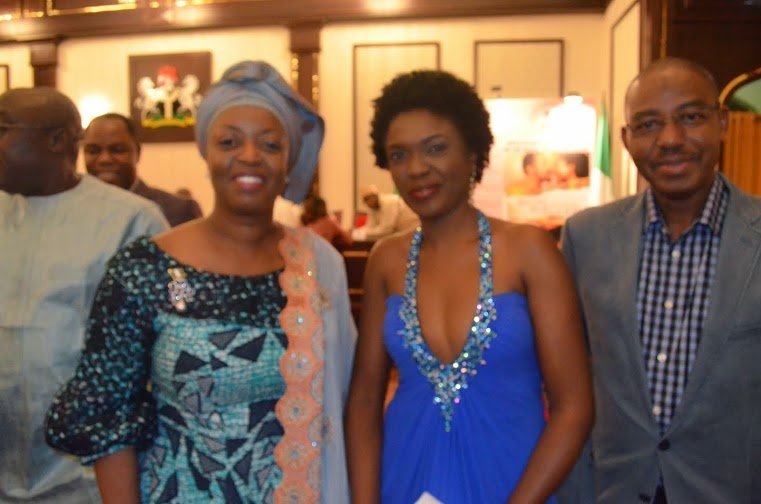 On reports that she got money

“Before the screening, they asked me what I wanted and I said I didn’t want anything but that the President and his people should see the movie and give their blessings. For me that is good enough for the industry. The first time I ever saw the President was at his brother’s burial ceremony, which I attended. I don’t know him from anywhere or personally.
“During the event, President Jonathan said the government didn’t have money to give me and he said this in front of everybody. So if anybody is going aside to say something else, they are wrong. I returned to Lagos with the small purse I took to. the event and after the event I went back to my hotel room and left for Lagos the next morning. I didn’t stay back in Aso Rock or sneak out to meet anybody. I am still hoping they will call us to come and take something, that they are impressed,”

On how she got the president to watch the movie,she said

The Film Producers Marketers Association of Nigeria actually wrote to the presidency.“To our greatest surprise, they said they would do it. The event had the president, Vice-President, PDP chairman, some senators and ministers and two governors in attendance. It was huge and it is a big achievement for Nollywood. I sat on the high table with all these men and never expected that I would get to this point. The President said Nollywood had put Nigeria on the world map and contributed to our economy in so many ways and so could not be ignored.”