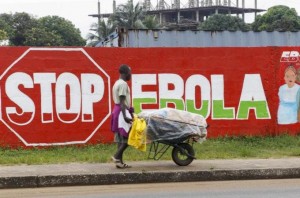 With the Ebola virus still killing more and more people in West Africa, the eastern Asia, with its trade and transport hubs and armies of migrant workers, is at risk from Ebola but is improving its defenses and may be more ready than other areas to respond if cases are diagnosed, the World Health Organization (WHO) has said.

Shin Young-soo, the WHO regional director for the Western Pacific, said on Friday East Asia had been a “hot-spot” for emerging diseases in the past and had dealt with severe acute respiratory syndrome (SARS) and avian flu, so it was more prepared than other regions to respond after learning the importance of public education, strong surveillance and transparency.

Shin said member countries were putting up strong infrastructure preparedness for Ebola and each had an emergency operating center linked to the regional office in Manila and the WHO headquarters in Geneva.

“All these travel, economic trade, and we have global hubs like Singapore, Hong Kong, and the Philippines is sending a lot of work forces all over the world,” make it a possibility for the virus to reach East Asia, Shin said. But “we are in a better shape than other regions,” he added.

An outbreak of SARS began in southern China in 2002 and infected about 8,000 people worldwide, killing nearly 800.

The current outbreak of the Ebola virus has killed more than 4,033 people, the vast majority of them in Guinea, Liberia and Sierra Leone, according to the WHO.

Li Ailan, the director of health security and emergencies at the WHO regional office, said two candidate Ebola vaccines under development in the US and United Kingdom were now in the human clinical trial phase and a vaccine might be ready on a limited scale by January.

Philippine Health Secretary Enrique Ona said the Philippines was considering a request by the US and UK for the country to send health workers to Ebola-hit West African countries, where there was a shortage of health personnel. A firm decision would be made within a week.

The Philippines has some 8,000 workers in Ebola-affected countries in West Africa and 115 peacekeepers in Liberia.

Also on Friday, the UN special envoy on Ebola said the number of cases was probably doubling every three-to-four weeks and the response needed to be 20 times greater than it was at the beginning of October.

David Nabarro warned the UN General Assembly that without the mass mobilization of the world to support the affected countries in West Africa, “it will be impossible to get this disease quickly under control, and the world will have to live with the Ebola virus forever.”