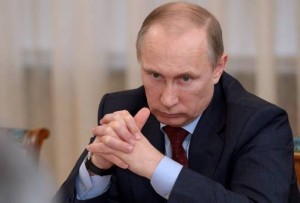 President Vladimir Putin of Russia has warned his citizens of hard times ahead and urged self-reliance. He said this in his annual state-of-the nation address to parliament. BBC covered the event:

Russia has been hit hard by falling oil prices and by Western sanctions imposed in response to its interventions in the crisis in neighbouring Ukraine.

The rouble, once a symbol of stability under Mr Putin, suffered its biggest one-day decline since 1998 on Monday.

The government has warned that Russia will fall into recession next year.

Speaking to both chambers in the Kremlin, Mr Putin also accused Western governments of seeking to raise a new “iron curtain” around Russia.

He expressed no regrets for annexing Ukraine’s Crimea peninsula, saying the territory had a “sacred meaning” for Russia.

He insisted the “tragedy” in Ukraine’s south-east had proved that Russian policy had been right but said Russia would respect its neighbour as a brotherly country.