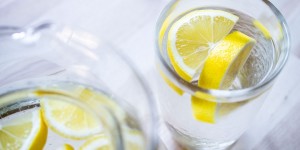 The lime is best know for its role in key lime pie and margaritas, but did you know it possesses remarkable healing properties as well?

While billions of dollars are poured into research and development for pharmaceutical drugs, the humble lime has been proven to mitigate and even cure diseases that cause millions to suffer and hundreds of thousands to die each year worldwide.

An impressive array of research on lime juice from the National Library of Medicine indicates that it could either cure or greatly accelerate healing time from a variety of life-threatening illnesses including:

Malaria:
Malaria is a mosquito-borne parasitic disease, which the WHO estimates causes 219 million of illness resulting in 660,000 deaths each year. A wide range of highly toxic drugs are used to treat the disease, but a recent study found that lime juice greatly increased malarial clearance when combined with standard drug therapy.[1] They concluded: “lime juice when used with the appropriate antimalarial may enhance malaria parasite clearance especially in those with uncomplicated malaria.”

Bacterial Agents in Food:
A recent study found that the popular food known as ceviche, naturally containing pathogenic agents from fish, could be completely sanitized with lime juice. Both Vibrio parahaemolyticus and Salmonella enterica (two common causes of food poisoning) were all reduced to below detection limits through the addition of lime extract.

Disinfecting Water:
Lime has been found to enhance the disinfection of water, by both killing norovirus as well as Escherichia coli.Lime has also been found to kill the cholera pathogen, which is believed to affect 3–5 million people and causes 100,000–130,000 deaths a year as of 2010.

Stopping Smoking:
Likely the most preventable cause of death on this planet, a clinical trial comparing nicotine gum to lime juice extract found “Fresh lime can be used effectively as a smoking cessation aid.