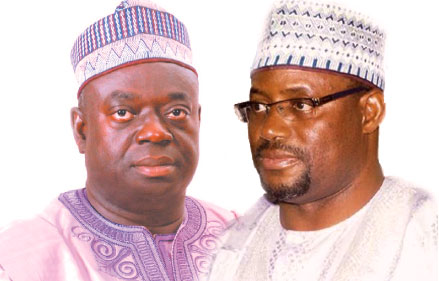 Governor Babangida Aliyu of Niger State on Wednesday side-lined his embattled deputy, Ahmed Ibeto, who defected to an opposition party, and asked the Speaker of House of Assembly, Adamu Usman, to act in his capacity while away to Saudi Arabia for lesser Hajj.

Mr. Aliyu said in a letter to the speaker that he would be out of the state from February 19 to 26.

“In my absence, the speaker will oversee my schedules as the Acting governor”, he said in the letter.

Mr. Aliyu had moved against the deputy after he defected from the Peoples Democratic Party, PDP, to the All Progressives Congress, APC.

Last week, Mr. Ibeto was reportedly walked out of state cabinet meeting, although the government denied the reports.

The latest development came Wednesday as the speaker, Mr. Usman, an ally of the governor, also walked two lawmakers out of the state assembly, for defecting to APC, after declaring their seats vacant.

Mr. Usman, Speaker of the Niger State House of Assembly, said the defection violated the constitution of the state legislature.

Mr. Usman said the House took the decision based on a letter from the PDP State Working Committee confirming the defection of the two members to APC.

The speaker then ordered the two members to be walked out of the House by the Sergeant-at-Arms.

The two members said the action of the speaker amounted to impunity, adding that their lawyers would take up the case in court “because there exists a court order restraining the House from taking such action”.