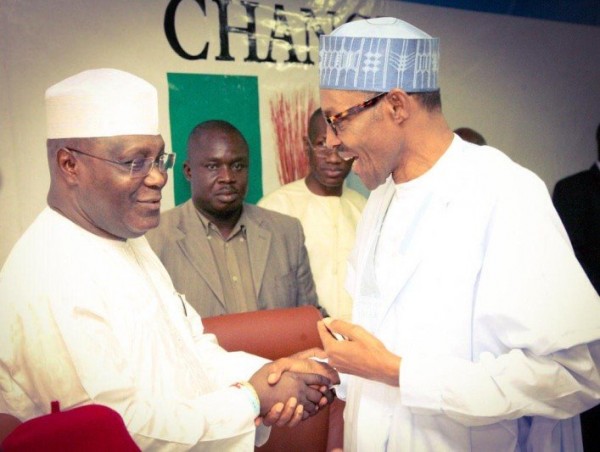 Former Vice President Atiku Abubakar has revealed that he is not fully participating in the campaign rallies and programmes of the presidential candidate of the All Progressives Congress, APC, Muhammadu Buhari, because the campaign secretariat has refused to extend an invitation or consult with him in its programmes.

The APC presidential aspirant, who stated this in an interview with the Hausa service of the BBC monitored Friday morning, stressed that as far as politics is concerned in the country, he has paid his dues because he has participated in many presidential campaigns in the past.

“I campaigned for late Shehu Yar’Adua twice successfully”, he said. “We did that of Abiola, Obasanjo and for myself.

“I am not a light weight politician, whoever needs my presence should contact and extend invitation to me”.

He, however, stated that he has made his feelings known to the Director General of the APC presidential campaign organisation, Governor Rotimi Amaechi.

“They need to check the strategy they are adopting and I made that clear to the campaign DG, Rotimi Amaechi and I told him that if you don’t consult or invite me, you will not see me”, he said.

Asked whether his reservations were an indication of crisis in the APC, Mr. Abubakar said the situation has not degenerated to that extent.

The Turakin Adamawa, who said although he had “issues and reservations” with the way the campaign was being run, he was of the view that it was not too late to make amends.

The former vice president also said he was confident the APC will win the elections.

“APC will win because everyone is tired with the current administration”, he said. “So, despite the challenges in APC, change will surely come”.