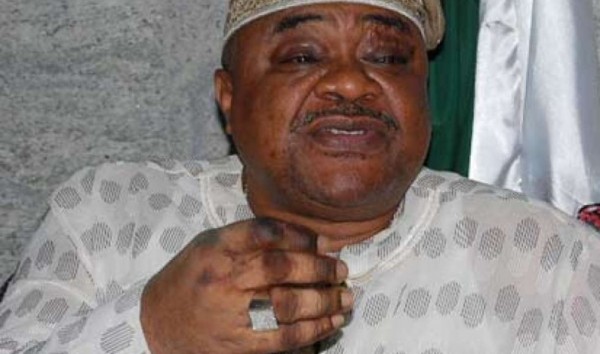 A former Governor of Oyo State and candidate of the Labour Party, Adebayo Alao-Akala, on Monday told the incumbent governor in the state, Abiola Ajimobi, not to bank on the name of the President-elect, Maj. Gen. Muhammadu Buhari (retd.), to help him win re-election as the state governor.

Ajimobi is the candidate of the All Progressives Congress.

Others in the Oyo governorship race, which promises to be a tough contest considering the array of candidates on parade include another former governor, Rashidi Ladoja of the Accord Party; Seyi Makinde of the Social Democratic Party and the Peoples Democratic Party’s candidate, Teslim Folarin.

In a statement by the Director of Public Affairs, Alao-Akala Campaign Organisation, Oludare Ogunlana, the LP flag bearer said no amount of political gimmicks would save Ajimobi from losing on April 11, adding that Buhari and Ajimobi were two separate entities that could not work together.

Alao-Akala said, “Using Buhari’s name rather than his (Ajimobi) achievements is the greatest undoing a sinking governor can do to win at all cost. Buhari did not award contract at questionable amount or neglect meritocracy for mediocrity.

“The APC administration is anti-masses as it has inflicted pains on the people as against its campaign promises in 2011.

“Ajimobi is the most corrupt governor in the history of the state while Buhari is the only former head of state without a house in Abuja and the only former leader without an oil bloc. How then does Ajimobi think using Buhari’s name to campaign will guarantee him victory?”

Alao-Akala alleged that the APC planned to help Ajimobi by bringing Buhari to the state to campaign on his behalf with the hope that he would use his popularity to sway votes for the governor.

“To save Ajimobi from the imminent defeat in Saturday’s election, plans have been concluded to bring Buhari to Ibadan on Wednesday under the guise of ‘Thank you tour’ to shore up support for the drowning anti-masses governor but we believe that just like nothing was able to stop Buhari’s victory last week, Ajimobi is on his way out of the Government House”, he said.