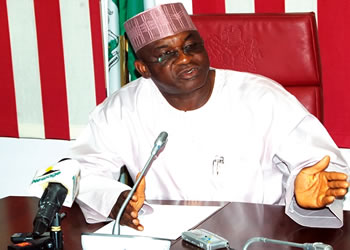 Senate President David Mark on Sunday urged Peoples Democratic Party faithful to put the failures of the last elections behind them.

He said they should instead be ready to build a strong and united party, which will play the role of credible opposition.

According to a statement issued in Abuja, Mark stated this at a parley with PDP Senators and House of Representatives members-elect in Abuja.

He said, “We must accept the ups and downs as an opposition party. That is what the PDP is now. We must remain a united family and face the reality”.

Mark added, “The not too impressive showing of the PDP in the last elections may, in the long term, be a blessing to the party and the nation.

“We are going back to the drawing board to do a critical review and fashion out a blue print that would get us out of the woods for good.

“The role of opposition is strange to us but it is not a death sentence. We should be ready for the challenges. We are prepared to play a credible opposition. I believe the nation and indeed Nigerians will be the best for it”.

Mark, however, stated that the bickering within and among party faithful, all trading blame over the poor showing at the polls, should stop.

“There is no need weeping over lost opportunities or mistakes of yesterday. The failure of yesterday should be our lesson for a better today and a triumphant future”, the senate president counseled.