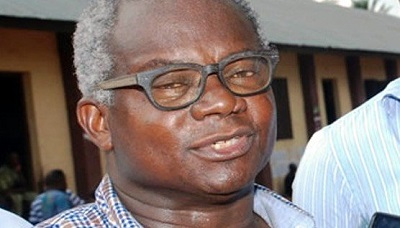 The South-East zonal chapter of All Progressives Congress, APC, has described as “blatant falsehood” the alleged plan by the Federal Government to transfer suspected Boko Haram detainees to Ekwulobia Prison in Aguata Local Government Area of Anambra State.

The rebuttal came on the heels of protests by traders and angry youths on Saturday, who grounded commercial activities in markets in Anambra State as they kicked against the alleged plan.

But in a swift reaction, spokesperson of the South-East APC, Mr. Osita Okechukwu in a statement said, “we wish to  state categorically that the rumour making the rounds that Boko Haram detainees will be transferred to Anambra State or any other state for that matter is blatant falsehood.

“We have made contacts with the Presidency, Nigeria Prison Service, Ministry of Internal Affairs and they have assured us that there is no iota of truth in the mischievous rumour.

“In the clarification, Nigeria Prison Service stated unequivocally that, ‘most of the terror suspects are awaiting trial and so there is no way they can be moved to another state, because they must be tried in the state where they committed the crime’.

“They went further to state that their primary and traditional duty is to move detainees from prison to trial courts adding that moving high profile suspects from a distance more than 1000 kilometers from Maiduguri to Onitsha will be near to very difficult”.