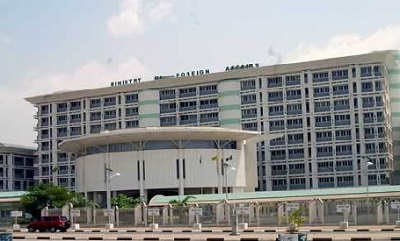 The Ministry of Foreign Affairs on Tuesday confirmed the recall of non-career ambassadors and ambassadors extraordinary and plenipotentiary on tour of duty abroad.

This is contained in a statement issued by the Public Communication Division of the Ministry.
The exercise, according to the statement, was in line with routine movement in the diplomatic service.

“The Ministry of Foreign Affairs wishes to reconfirm the recall of non-career ambassadors, ambassadors extraordinary and plenipotentiary of the Federal Republic on tour of duty abroad”, the statement read.
The re-affirmation of the ambassadors’ recall was in apparent response to a report by an online news platform that they had not been recalled by President Muhammadu Buhari.

A spokesperson for the ministry, Ogbole Ode, had told the online news medium that reports of the recall were mere rumours and should be discountenanced.
(NAN)