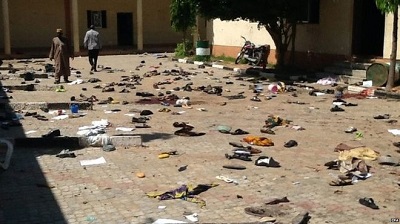 The Kaduna State chapter of Christian Association of Nigeria (CAN) Wednesday, condemned the attacks in Zaria and Yobe State, describing the acts as inhuman and barbaric.

The Kaduna CAN Secretary, Reverend Sunday Ibrahim, described the suicide bomb attack on Redeemed church in Yobe State on Sunday as an ungodly act; advising masterminds of such dastardly acts to desist and repent so that the wrath of God does not fall on them.

He prayed God to touch those behind the attacks so that they can repent.

“They should know that one day, they will give account of their deeds on earth to God. They may not be arrested or apprehended here on earth but they should know certainly that they will stand before God in judgment when they die. Our prayer is that they have a change of heart so that the country can move to the next level of development”, he said.

The association also commiserated with families of those who lost their lives to the blast, while praying God to grant those injured in the blast healing