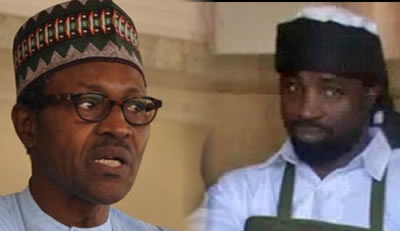 The Federal Government has declared its willingness to come to the negotiation table with the Boko Haram sect in order to find a lasting solution to the security crisis in the country, if the group is willing.

The Special Adviser to President Muhammadu Buhari on Media and Publicity, Femi Adesina, disclosed this in an interview with the BBC on Friday.

In the interview, Adesina said the Federal Government was not ruling out negotiations with the sect if it would put an end to the activities of the group even as he lamented that the insurgents had attacked so many villages and killed scores of people.

“These were very vicious attacks. People were killed in scores and it’s so sad”, he said.

The President had during his inauguration speech, said he had launched a strategy to deal with the sect by relocating the military headquarters to Maiduguri, Borno State.

When asked whether this strategy would succeed, Adesina replied, “This is going to work. There are machineries being put in place. It’s going to work. The recent killings by the sect were meant to break our resolve, to weaken it, but that will stop. It remains a priority to him (Buhari) to deal with the group.

“You will notice that his first two weeks of administration were dedicated to tackling the insurgency. He visited Chad and Niger Republics and the following week, the Presidents of those countries also visited him in Abuja.

“The President of Benin Republic and the Defence Minister of Cameroon visited him; machinery is being put in place and once we’re through, we will see the end of the group. The target time for the deployment of the multinational force is July ending; that is in a couple of weeks”.

When the BBC also asked if the Federal Government was considering negotiations with the insurgent group, the presidential spokesman said, “If they are willing, why not? You know attempts have been made for negotiations in the past and they didn’t work. Every reasonable person would want to see the end to this insurgency. So if they are willing, why not? You can’t rule that out”.