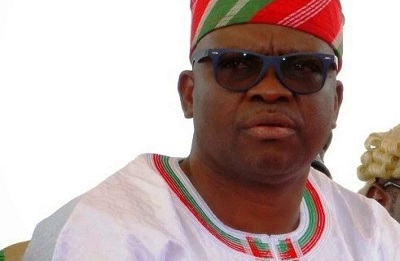 The Speaker, Ekiti State House of Assembly, Mr. Kola Oluwawole, has assured the people of the state that the legislative arm of the government would not lack in its responsibilities.
Oluwawole, in a statement on Saturday in Ado Ekiti, said “Ekiti people voted for us on April 11 in expectation of new things, and by the grace of God, the current 26 lawmakers have resolved to do their jobs well.
“We will not cheat the people, we will not cheat Governor Ayodele Fayose; we will not wage war against Ekiti, we will not disappoint the people who voted for us”.
The statement, signed by the speaker’s Special Assistant on Media, Mr. Stephen Gbadamosi, was obtained by the News Agency of Nigeria.
NAN reports that the 19 lawmakers of the All Progressives Congress in the 7th Assembly had a frosty relationship with the PDP-led administration of Governor Fayose.
Oluwawole said neither would the House be polarised nor would it bicker with the executive arm in the name of politics.
He reiterated the PDP-dominated House of Assembly’s determination to be part of the drive that would bring about the desired development in the state.
He noted that the bickering and faceoff between the former legislators and the governor were responsible for the ‘war’ that was waged against the state.