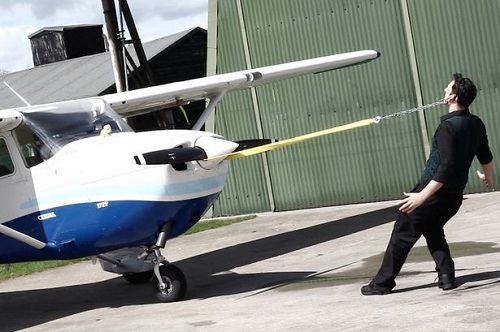 Some might say Johnny Strange is living up to his last name, because he’s just entered the record books for pulling a huge AEROPLANE with his EARS. Johnny, 26, used chains through pierced holes in his ears to drag a Cessna 172-P weighing 677.8kg for 20.4 metres at North Weald Airfield, Essex.

But being featured in the book is nothing new for Johnny, an escapologist and sideshow performer who now has eight Guinness World Records to his name. He said:

“I started off at the age of ten in Blackburn, Lancashire. At first I juggled balls, then clubs and went on to knives, fire sticks and now its chainsaws. Preparing for the plane pull was tough. I’m not going into detail but I have to stretch my ears and create tough scar tissue so they don’t rip. I am always delighted when I get another Guinness World Record and being featured in the book never gets old for me, the only problem is I’m starting to run out of places to hang up my certificates now. I’m a believer of the impossible, I’ve always been interested in the unusual and the bizarre”.

He has been dubbed ‘The man with the ears of steel’. More photos below. 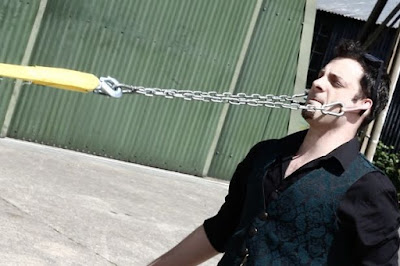 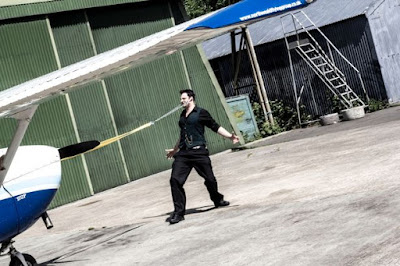 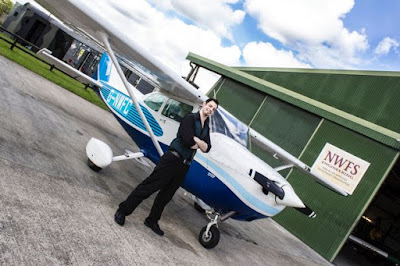 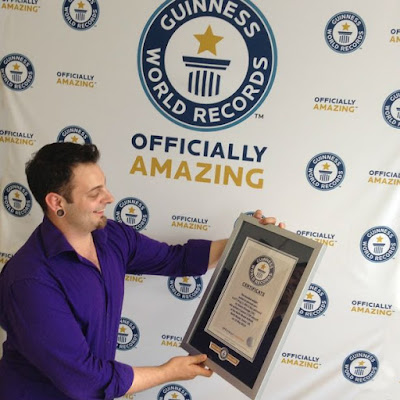