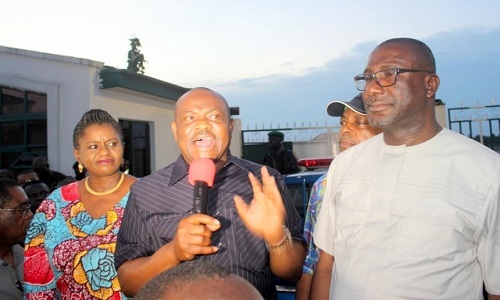 Obuah in a statement by his Special Adviser on Media and Publicity, Jerry Needam, said the collective interest of Rivers people is paramount to the governor and not a particular individual.

The PDP Chairman also said the road to success is always tedious and only the strong in character can run to the end, adding that those who are easily deceived or lacking in character would provide excuse with the aim of alleviating guilt and fall by the road side.

The statement assured Rivers people and members of the PDP that Governor Wike is a frugal manager of resources and committed to human capital and infrastructural development in the State,

“Governor Wike is a humanist and indeed a good man”, Obuah declared.

The PDP Chairman also called on the people of the state to ignore the rantings of the All Progressives Congress, APC in the State over a non-issue, describing them as not only bad losers but planning to cause crisis in the State.