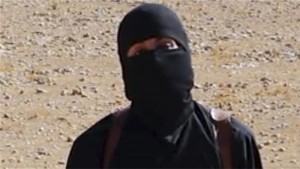 The US defence department is “reasonably certain” that Islamic State of Iraq and the Levant (ISIL) fighter Mohammed Emwazi – better known as “Jihadi John” – has been killed during an air strike in Syria. The US military launched a drone strike on Thursday in Raqqa targeting Emwazi, a British citizen who participated in the beheading videos of two US journalists and the killing of several other captives.

In a briefing webcast from Baghdad to Pentagon reporters on Friday, Colonel Steve Warren said it would take time for formal confirmation that the air strike killed Emwazi. But Warren added that the US had “great confidence that this individual was Jihadi John”. He said: “We know for a fact that the weapons system hit its intended target, and that the personnel who were on the receiving end of that weapons system were in fact killed.  “We are reasonably certain that we killed the target that we intended to kill, which is ‘Jihadi John’.”

Earlier on Friday, British Prime Minister David Cameron had said that “we cannot yet be certain if the strike was successful”. He went on to call the attack “self-defence,” saying that Emwazi was a “barbaric murderer”. Cameron said: “It was the right thing to do … Britain and our allies will not rest until we have defeated this evil terrorist death cult.”