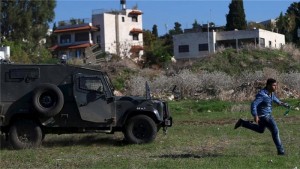 Three Palestinians have died from bullet wounds inflicted by Israeli troops, and two Israeli settlers have been shot dead in an attack as unrest continues to grip Israel and the occupied Palestinian territories.

In Budrus, a village in the central occupied West Bank, Israeli forces shot dead 22-year-old Lafi Awwad on Friday afternoon, according to the Palestinian Authority’s Ministry of Health.

Earlier in the day, Hassan Jehad al-Baw, 23, died in the southern West Bank city of Hebron’s al-Ahli hospital.He was shot in the heart by Israeli forces during a protest during the morning.

Shalaldeh’s cousin was also killed in a raid on the al-Ahli hospital by Israeli forces on Thursday.