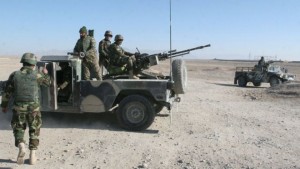 A local Taliban commander and 50 fighters have been killed in overnight fighting in Sangin in Helmand province, the Afghan interior ministry said. Afghan forces have been trying to recapture the area from the Taliban, who claim to control the district.

Afghan officials said they retook key buildings in a counter-attack, while the US carried out air strikes. The ministry named the dead commander as Mullah Nasir, a confidant of Taliban leader Mullah Akhtar Mansour. Strategically located, and a centre for opium production, Sangin would be a significant gain for the Taliban.

Fighting around the town has escalated in the past week, and by Wednesday the militants said they had captured all of Sangin, pinning down government troops in an army barracks.

This was denied by the Afghan defence ministry, who said fighting was continuing and that reinforcements had been sent. The interior ministry said the Afghan army and police commandos launched an operation late on Wednesday, leading to the deaths of the Taliban commander and his fighters.