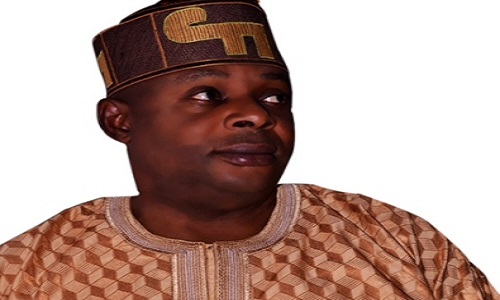 The cracks in the Kogi State chapter of All Progressives Congress, APC, widened on Monday with the Deputy Governorship candidate of the party in the November 21 governorship election in the state, Hon. James Abiodun Faleke rejecting his nomination as running mate to Alhaji Yahaya Bello in this Saturday’s supplementary election.

Speaking to journalists after a meeting with the Chief John Odigie-Oyegun-led National Working Committee of APC at the party’s secretariat in Abuja yesterday, Faleke said:  “The issue of Kogi state was paramount in the minds of national leaders and they wanted a solution to it.

“However, we met for about two hours as you have observed and we discovered that the meeting that we were invited for was just a mere briefing rather than it being where we could have deliberated and solved the quagmire we find ourselves in. We were only briefed about the position of the party.

“The party told us that it had nominated Alhaji Yahaya Bello and of course, we made it clear that as the political family of Prince Abubakar Audu, because it is not acceptable and we are not going with it.

“I personally observed that my name has been submitted to INEC as deputy governorship candidate to pair with Alhaji Yahaya Bello and I told the National Chairman clearly and in clear words, that I have submitted a letter this morning distancing myself from that decision and that on no ground will I want to be associated with the decision of the party to pair me with Alhaji Yahaya Bello because I am already governor-elect.

“I also told him, Mr. Chairman for us as a family, Kogi state political family, we are not taking part in that election and my name cannot be submitted because I was not even consulted in the first instance. The Governor-elect cannot become another deputy governorship candidate.

“We won’t be addressing you today if the party had followed the path of honour we championed there is for the party to go to court and challenge INEC and Mr. Chairman told us directly right away without considering it twice that the party will not go to court and since the party is not going to court, we have taken it upon ourselves to defend ourselves in court and we are challenging the decision”.

Faleke was at the briefing with Mohammed Audu, first son of the late Audu, former Minister, Humphrey Abba and a former Commissioner in the late Audu’s administration during his previous tenure, Halima Alfa.