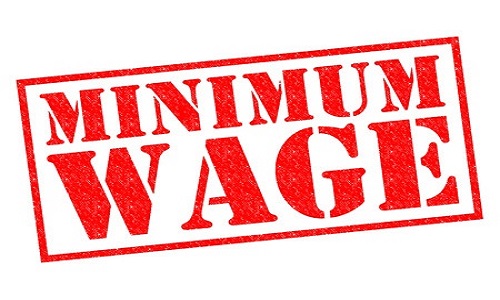 The Nigeria Labour Congress (NLC) has insisted that the N18, 000 minimum wage for Nigerian workers was not fixed, but was negotiated through a tripartite system.

The congress, therefore, warned that any governor reneging on that agreement is breaking the law of the land and called on such state chief executive to resign from his position.

The NLC also hailed the ongoing war against corruption by President Muhammadu Buhari, saying that the menace had killed more people in the country than road accidents.

He said: “They have been misinforming the people about the N18, 000 minimum wage. Minimum wage is not fixed, it was negotiated through a tripartite system; ten state governors represented the governors, federal government and organized private sector were also represented. It was a tripartite process of collective bargaining.

“We had looked at all the indices of ability to pay. It is a law and anybody that refuses to pay is breaking the law of Nigeria and we advise any such governor to resign.

“Why is it that the salary of councilors to the highest political office all over the country despite their inability to pay is the same? If there is economic challenge why should it be the workers that will bear the burden? Councilors in least economic viable to the most economic viable states in the country earn the same salaries. So who are they fooling?

“Can they continue to fool us? When the resources were there workers were not enjoying. Now that there is a challenge in the system why should the burden be shifted only to the workers? That is not acceptable to us. This is like a battle for us as we must continue to insist that workers should work in dignity and there must be dignity in labour”.

On war against corruption, Comrade Wabba said: “The ongoing probe is not unexpected. Since the inception of current democracy people have assisted themselves with our commonwealth. I am sure if we are able to recover these resources from local, state to federal governments, we will have more than enough to fix our system and everybody will enjoy.

“For me the anti-corruption war must be consistent; it must also go down to the ladder including the organized private sector. All of us must be interrogated. Corruption has killed many people even more than road accidents. The roads are not fixed because the resources meant to fix the roads have been frittered away. Why are the hospitals not functioning optimally and people are dying? It is because, the resources are supposed to be used to fix the hospitals have been misappropriated. That is why we are canvassing for capital punishment. It has worked elsewhere.

“The apparent slowness in the current administration is because what is required to fight corruption must be put in place; I also know that when you fight corruption the people involved will fight back. And the process will also slow the person fighting it down; but the president should continue to be consistent. He should not be deterred because it is only a clean leader that can fight corruption. We urge to be consistent in his war against corruption because that is why Nigerians voted for him for a positive change”.