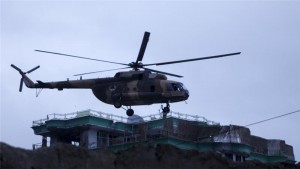 Afghan special forces killed a group of attackers inside in a house in the northern city of Mazar-i-Sharif, bringing to an end a 24-hour siege following the attack on the nearby Indian consulate.

The soldiers killed the three attackers who had shut themselves in a large house near the consulate, said Abdul Razaq Qaderi, deputy police chief of Balkh province.

He said an investigation was under way to try to identify the men and those behind the attack, which occurred on the same day armed men attacked an Indian air basein Pathankot in Punjab state near the border with Pakistan.

Eight members of the security forces were wounded in the Mazar-i-Sharif gun battle which followed the attack on the consulate. The Indian ambassador said all the consulate staff were safe.

Atta Mohammad Noor, Balkh’s governor, blamed “enemies of peace and stability” for the incident. The twin attacks in Mazar-i-Sharif and Pathankot came amid renewed efforts to lower tension between India and Pakistan, and restart peace talks with the Taliban in Afghanistan.