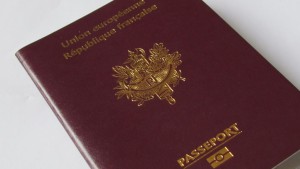 President Francois Hollande’s plan to strip French citizenship from people convicted of terrorism passed a first hurdle on Tuesday when the lower house of parliament backed controversial proposals introduced after Islamic extremists killed 130 people in Paris last November. The National Assembly voted by 162-148 late on Tuesday to write a passport-stripping clause into the Constitution, despite misgivings by some lawmakers that it was too extreme.

The vote appeared to only partially defuse concerns of a broad rebellion scuttling a proposal that some, notably members of the ruling Socialist Party, consider an ineffective, symbolic measure in France’s battle against terrorism. Hollande’s government launched the long process to change the Constitution after the Nov. 13 Paris attacks, for which the militant group Islamic State claimed credit. French Prime Minister Manuel Valls welcomed the vote’s result.

Asked by reporters if the tight outcome meant there was a risk the reform could fail to pass the next legislative steps to make it definitive, Valls said, “Tomorrow, we will hold another vote. I think the approval will be broader and the constitutional reform will go ahead.”

A follow-up vote is scheduled for Wednesday in which the lower house is due to reaffirm the vote. Critics have said that any law is likely to stigmatise French citizens with dual nationality, such as those from former French colonies in Africa. Under international law, governments cannot make citizens stateless.