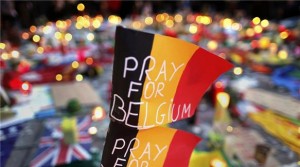 Details are emerging about the men who carried out the deadly bomb attacks in the Belgian capital Brussels on Tuesday, and their 31 victims. Police continued to hunt a fourth suspect on Thursday, whose identity is unknown, but all three men who succeeded in blowing themselves up were named.

Two of the attackers who targeted Brussels Zaventem airport were named as Brahim el-Bakraoui and Najim Laachraoui. The third attacker, who appears besides the pair in a CCTV photo from the airport, is believed to be on the run after he failed to detonate his explosives.

The fourth bomber, who struck the Maelbeek metro station, was named as Khalid el-Bakraoui, Brahim’s brother. The attacks, which killed 31 people and wounded hundreds more, were claimed by the Islamic State of Iraq and the Levant (ISIL) group.

At least one of the attackers, Brahim el-Bakraoui, was detained near the Syrian border in Turkey in June last year on suspicion of being a foreign fighter. Turkey’s President Recep Tayyip Erdogan told reporters gathered in Ankara that he had been deported and Belgian authorities were warned of the potential the man posed. “Despite our warnings that this person was a foreign terrorist fighter, the Belgian authorities could not identify a link to terrorism,” Erdogan said.