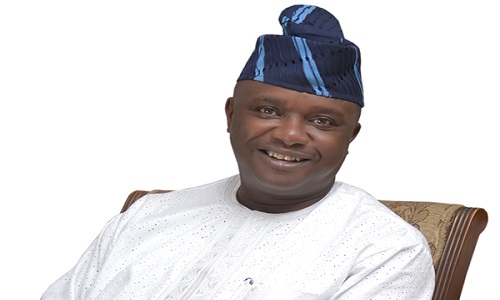 The Chairman of the Senate Committee on Rules and Business, Sen. Babajide Omoworare, says the senate is set to amend the Electoral Act to end the challenges of Card Readers.
Omoworare (APC/Osun East) said in Abuja on Monday that amendment of the Act would also take care of unforeseen situations.
According to him, the senate is committed to passing a bill to ensure that subsequent elections are devoid of conflicting interpretations, particularly by the judiciary.
“There is a private member bill on that position and there is another private member bill on some other salient issues that will solve the quagmire we find ourselves in Kogi State.
“The Electoral Act has provided for what happens before an election if a candidate demises and the constitution provides for what happens after, which is the Atiku Abubakar, Boni Haruna template.
“But there is no provision for what happens when the process is ongoing.
“The bill will go for scrutiny and there must be a gazette before we take the first reading”, he said.
The chairman, however, expressed his dissatisfaction with the Supreme Court rulings that upturned the Court of Appeal judgments on some governorship elections.
“I do not agree at the moment with the Supreme Court on the issue of the card reader. I can say this before God and man that I may not have been here today were it not for the card reader.
“The Electoral Act has already given the Independent National Electoral Commission (INEC) powers to make guidelines and if INEC has made guideline saying that we will use card reader, I am of the view that the Supreme Court should respect it.
“So, a lot of Nigerians felt that something went wrong with that judgment”, he said. (NAN)