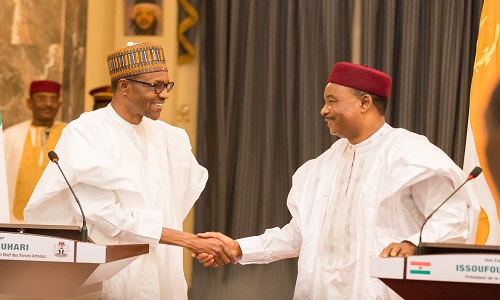 A statement issued Thursday by Special Adviser to the President on Media and Publicity, Mr Femi Adesina, said President Buhari extended his best wishes to President Issoufou and the people of Niger Republic after the peaceful elections.

“It bodes well for the progress of the country”, the president said.

Mr. Buhari also acknowledged an invitation to attend Issoufou’s swearing-in for a new term in office, but regretted that he would be unable to attend due to his ongoing participation in the Nuclear Security Summit in Washington DC.

He, however, wished President Issoufou a successful new term in office and expressed the hope that peace and progress would continue to prevail in Nigeria and Niger Republic.