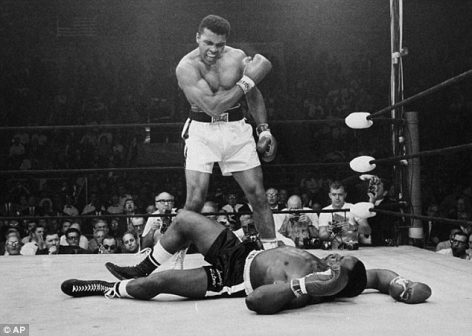 He was known as one of the greatest boxers of all time and now Muhammad Ali has died on Friday aged 74.

The legend died after he was hospitalized June 2 with respiratory issues that were complicated by his Parkinson’s disease.

Muhammad Ali has won countless matches and Olympic medals since taking up boxing at the age of 12 up until he retired in 1981.

Throughout his 25 year career, he amassed 56 wins and only lost five times – and attributed some of his victories to getting inside opponents’ heads with his unparalleled trash talk.

As widely known for his quick skills and moves inside the ring, the man formerly named Cassius Marcellus Clay Jr. was also known for the dozens of inspiring, sometimes hilarious quotes he said throughout his life. 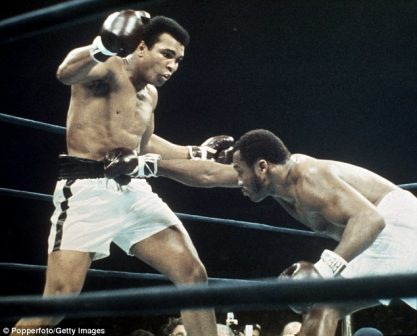 Here are 30 quotes of the legend:

‘Float like a butterfly, Sting like a bee, your hands can’t hit, what your eyes can’t see.’ – Prior to his fight against Foreman in 1974.

‘If my mind can conceive it, and my heart can believe it – then I can achieve it.’

‘I’m not the greatest; I’m the double greatest. Not only do I knock ’em out, I pick the round.’

‘To make America the greatest is my goal, so I beat the Russian and I beat the Pole. And for the USA won the medal of gold. The Greeks said you’re better than the Cassius of old.’ – He said this quote after he won the Olympic light-heavyweight gold medal at the 1960 Games in Rome.

‘Live every day like it’s your last because someday you’re going to be right.’

‘A man who views the world the same at 50 as he did at 20 has wasted thirty years of his life.’

‘I done wrestled with an alligator, I done tussled with a whale, handcuffed lightning, thrown thunder in jail; only last week I murdered a rock, injured a stone, hospitalized a brick. I’m so mean I make medicine sick.’ – Ali said this before the historic Rumble in the Jungle match that took place in 1974 in Zaire against George Foreman.

‘I am so fast that last night I turned off the light switch and was in bed before the room was dark.’

‘Boxing is a lot of white men watching two black men beating each other up.’

‘Cassius Clay is a slave name. I didn’t choose it, and I didn’t want it. I am Muhammad Ali, a free name, and I insist people using it when speaking to me and of me.’

‘I hated every minute of training, but I said, ‘Don’t quit. Suffer now and live the rest of your life as a champion’

‘It will be a killer and a chiller and a thriller when I get the gorilla in Manila.’ – Ali said this before the historic and legendary ‘Thrilla in Manila’ match against Joe Frazier in 1975.

‘I hated every minute of training, but I said, ‘Don’t quit. Suffer now and live the rest of your life as a champion.’

‘Only a man who knows what it is like to be defeated can reach down to the bottom of his soul and come up with the extra ounce of power it takes to win when the match is even.’