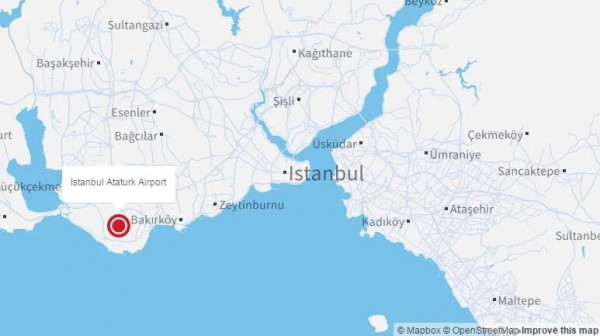 Two explosions as well as gunfire have been reported at Turkey’s Atarturk airport on Tuesday.

Officials say that at least ten people are feared dead with even more people confirmed injured.

Authorities have given little details about Tuesday’s attack which is the latest in a string of attacks on Turkey in the past year.

Most of the attacks have been blamed on the PKK and today’s explosions occurred at the international departure wing of the airport.