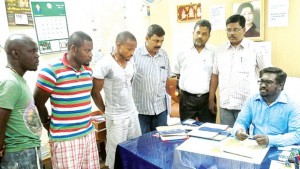 At least 6 Nigerians were deported from Benazir Bhutto International Airport, Pakistan on Saturday after completing their prison sentence.

The Nigerian nationals were involved in drugs smuggling and were arrested by Pakistan’s Federal Investigation Agency (FIA) 3 years ago.

The FIA is a border control, counter-intelligence and security agency in Pakistan that investigates terrorism, espionage, federal crimes, smuggling and other specific crimes.

The anti-narcotic court sentenced them to imprisonment for 3 years after they were proven guilty.

Their return to Pakistan has been prohibited and their entry has been banned forever.