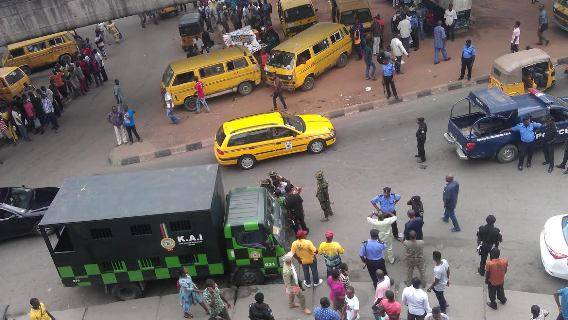 There was a clash between some officials of Kick Against Indiscipline (KAI) and Nigeria Army personnel, in Ojuelegba bus-stop, Lagos state this morning. According to an eye witness who sent in the photos, a KAI officer allegedly slapped and tore a man’s cloths, just because he was passing by their parked van. Turns out that the man they harassed was not a civilian but a soldier who was dressed in plain clothes.
“The army officer quickly contacted the nearest barracks and the whole story changed. Realizing the impending danger, the KAI officers quickly fled from the scene, throwing away their uniform and caps in the process. When the soldiers arrived, the KIA van’s windscreen was broken and tyres lessened. Police officers later arrived at the scene and shot in the air to scare people away.” 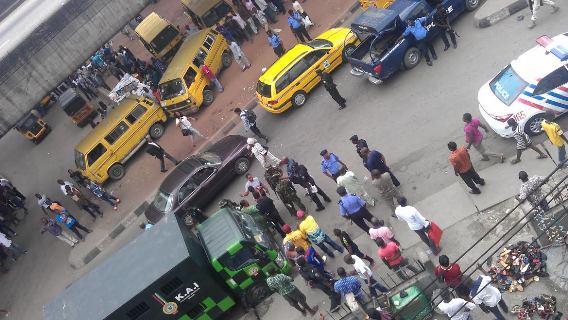 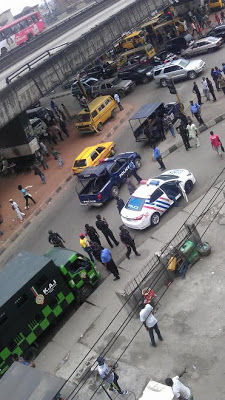 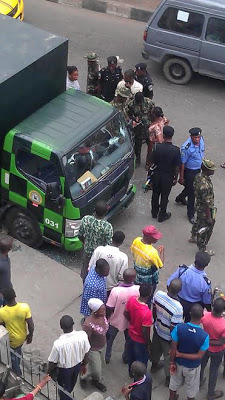