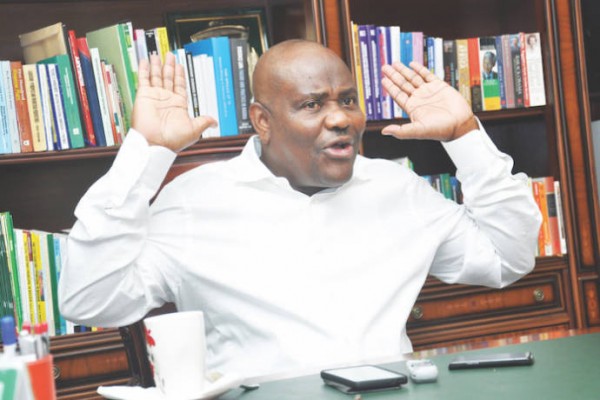 The governor explained that all he gave was moral support.

Governor Adams Oshiomhole of Edo State had on Thursday claimed that Wike and Governor Ifeanyi Okowa of Delta State raised the sum of N2billion for the PDP candidate at a time the governors could not pay salaries in their states.

Wike, however, denied the allegation just as he vowed to continue to support democratic forces, not just in the Niger Delta, but across Nigeria, to bring better life to people of the country.

The governor spoke through the Rivers Commissioner for Information and Communications, Dr. Austin Tam-George.

The commissioner also denied the allegation by Governor Oshiomhole that Wike and Okowa mobilized militants to rig the rescheduled governorship election of Edo for Pastor Ize-Iyamu.

Tam-George said: “Governor Wike has no links with militants in the region and anywhere else in the country. He (Wike) has only given moral support to the PDP candidate in Edo State to overcome the ineptitude and dysfunction the APC imposed on the people”.

The commissioner asked the people of Edo State to stand firm in defence of their sovereign right by voting for the PDP in the election.